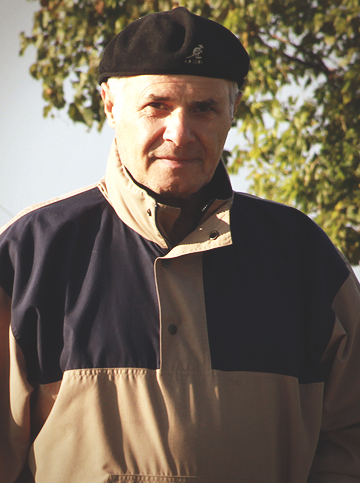 His charisma is contagious! Sixty-five year old retiree David Vartanian has served others most of his life. But don’t call him David, and definitely not Mr. Vartanian. He prefers “Uncle Dave.”

Uncle Dave has been with the series since the very beginning, and his unique humor and charm has been a running theme through the entire series! He is known as :head volunteer,” the “donut man,” “the crazy man,”…and most importantly the Executive Producer of Volume 3: The Story of New Life. By bringing this story to the attention of Building a Difference, he has brought an invaluable contribution to the concept of transformation and new life. His story plays a critical role in the development of the series narrative, and many that have grown to know him and love him at the New Life USA rehabilitation center have been forever changed by him.

He has volunteered with Builders Care since it was formed in 2001 and has been there to assist them with anything they have needed. His “can do” attitude and positive energy is what keeps their volunteers going. He not only takes time to make sure the volunteers are okay, but also the Building a Difference staff. An Armenian native, he served in the U.S. Army.

After his younger years as an actor, he used his filmmaking skills to help churches and other charitable organizations produce promotional videos. During his 15 years on mission trips delivering medicine to many remote areas of the world, his love to serve others was overwhelming. Uncle Dave’s unselfishness has been evident his whole life. As the oldest son, he took care of his family after his father died. Today he cares for his wife, children and his elderly mother, visiting her every day for breakfast before heading off to help even more people.