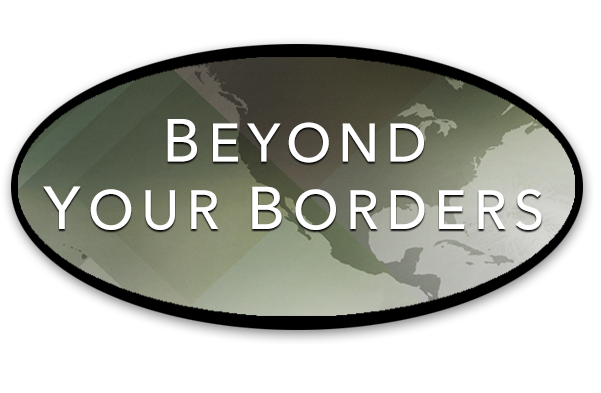 The series begins with the concept of Building a Mission through an introductory study of missions – a few of its pioneers, today’s landscape, and what it looks like to build creative missions movements. It will introduce the missionaries and projects of two organizations: Go To Nations and GloDev (Global Development).
Both organizations illustrate the principles and concepts of creative missions movements in some of the poorest regions of the world, working in such fields as: cross cultural missions, disaster relief, community development, aquaponics, arts and entertainment, children and youth ministry and much more. 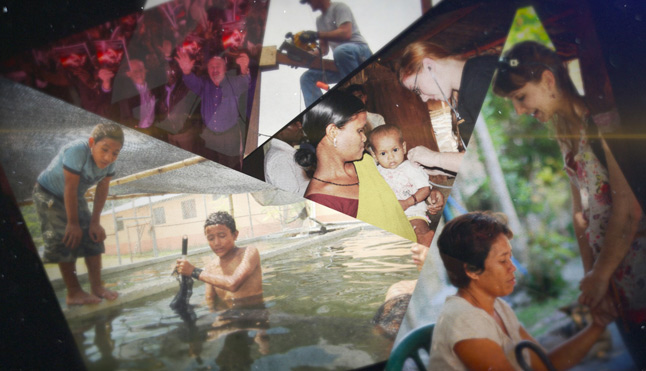 Featuring the Missionaries and Projects of 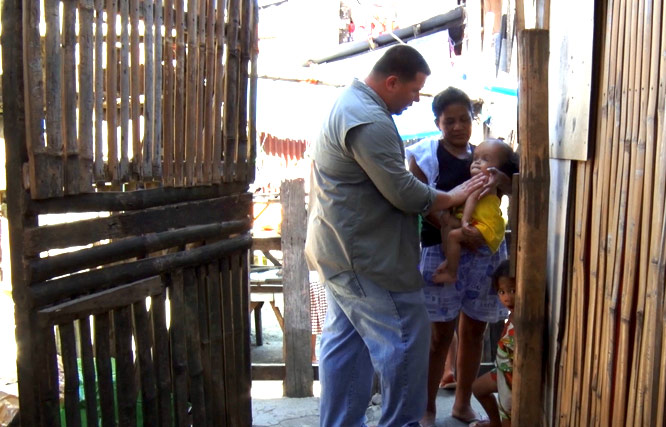 Go To Nations missionaries and national staff of more than 1,500 workers serve in every region of the world;  the Americas, Eurasia, Africa & the Middle East, Asia, and Asia Pacific. 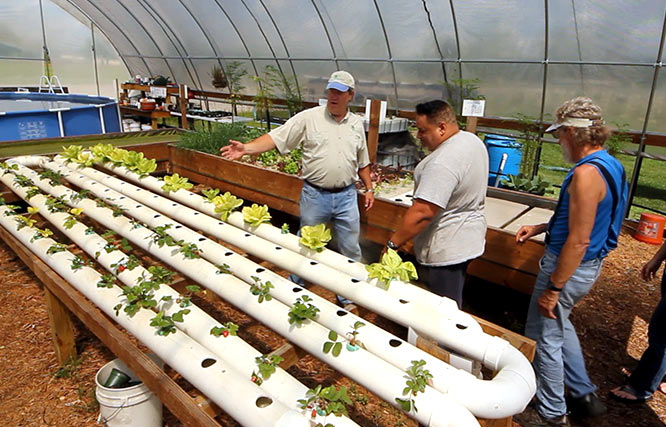 GloDev (Global Development) facilitates the transformation of whole communities in some of the poorest regions of the world through relief and development projects that empower the poor to provide a better life for their families.

GloDev uses science, biology and technology that can be reproduced in developing nations resulting in sustainability. They have developed two kinds of systems using aquaponics and permaculture; one called “Sustainable Microfarm” and is used at orphanages providing nutrition and free enterprise, the other called the “Living Lab” and is to be used in elementary schools teaching students sustainability and food production in their environment. 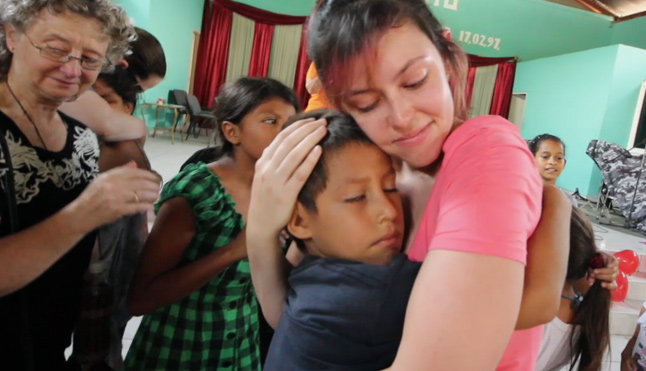 Building a Missionary will ask the question how one could be used after stepping out in faith to engage with bringing help somewhere else in the world.

Could it be speaking hope to orphans, sharing faith to an unreached village, feeding the poor and hungry, or bringing medical care to the sick? There are a variety of mission opportunities around the world for anyone of any age willing to serve and build a difference.

It doesn’t depend upon a talent, gifting, or ability to persuade people. As one prepare for mission service, developing the proper focus is critical—it needs to be on what one’s calling is to do and how it’s going to be accomplished.

Go To Nations takes us on an adventure through their powerful Equipping Track that has been empowering new and veteran missionaries with practical, hands-on missionary training – developed by missionaries for missionaries. As a result, the missionary can grow in their calling, being fully empowered to serve long-term with a strategic vision, mission, and purpose. 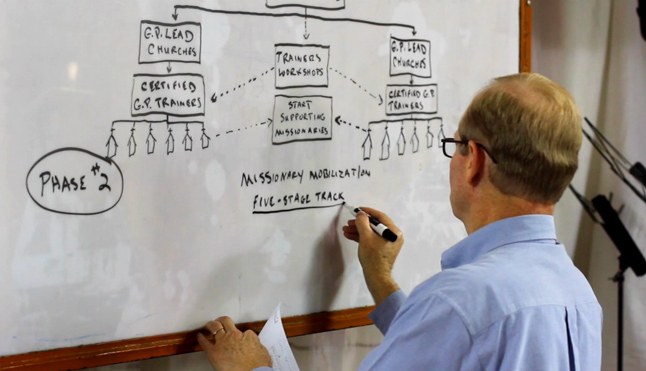 Building a Movement will take the viewers on a sweeping journey, traveling in the footsteps of missionaries, to experience cultures and life-changing stories in some of the most challenging places in the world.

Burkina Faso is a land-locked nation in West Africa, south of the Sahara Desert with 17.5 million people. It is one of the five poorest nations in the world, with most families living on less than $1 a day. Over half of the population do subsistence farming but with frequent droughts and one season if rain, malnutrition is extensive.

“Even with the extreme challenges,” explains Joel Haylsip, Intl. Dir., Go To Nations, ”Burkina Faso is considered one of the friendliest countries in West Africa.” Joel Hayslip and his family have been serving in Burkina since 2003. Kate Royal and Abigail Bellah also make up the GTN-Burkina team. “My wife Heidi and I are the National Directors, Kate is the director of Kids of Hope and Abbey just finished her apprenticeship and is working full-time at Kids of Hope,” says Hayslip. The Hayslips started with Entrepreneurship training in 2003, but quickly felt called to children’s ministry.  Since 2004 they have doing creative children’s ministry with the goal to reach a million children by the end of 2020. 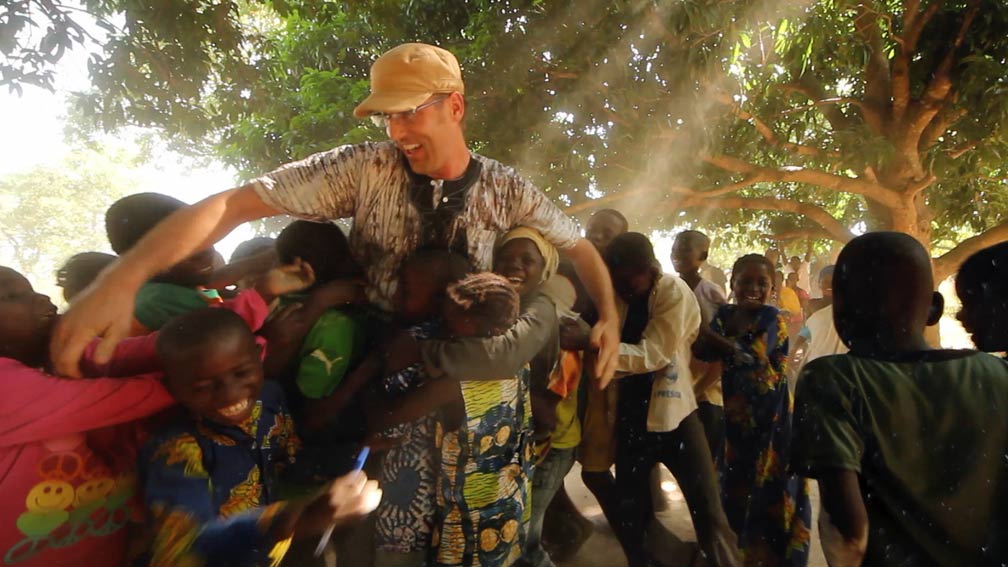 Kids of Hope is a ministry to the Fulani Beggar boys of Ouagadougou and provides a safe haven for boys, a place where they can eat a healthy meal each day, can spend their days learning carpentry and reading and writing.  Each Saturday there is a Club, where the Gospel is preached in their language (Fulfulde) and each Sunday there is a church service for them.

Camp Sonshine Center was founded in 1999 by Go To Nations missionaries Jesse and Kay Landis to meet the spiritual, physical and emotional needs of those children.  Approximately 80 children are fed and ministered to five days a week (550 meals are distributed weekly), young “scholars” are further educated, and mothers are engaged with the Gospel. Each summer, the Sonshine Center hosts children’s camps which minister to seven “depressed areas” of Iloilo City.

Nearly 2,500 families live in the San Isidro Relocation Site, having been placed there because of natural disasters and government programs. Issues with alcoholism, gambling, drugs, prostitution, teen pregnancy, malnutrition, education and unemployment abound. The area is also prone to flooding, which leads to poor sanitary conditions and diseases carried by mosquitos. The team is involved in livelihood projects, children and youth programs, clean water projects, and aquaponics to provide affordable, healthy food. 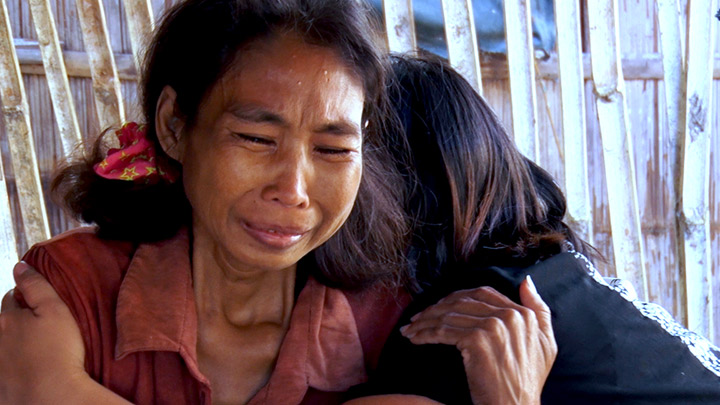 The Calajunan Community Development Project is a one of our community development and transformation sites in Iloilo City. It works in partnership with the local church to reach the Calajunan community living in and near the Iloilo City trash dump. Working alongside a local church it is helping to develop a dynamic children’s program to reach the hundreds of children living in and near the Calajunan Dumpsite and one of the cities relocation sites.

It’s clear that the situation of poverty itself will always be with us. However, by changing the mindset of poverty in these children, they will be given the ability to rise up out of their situation and even step into the position of caretaker for their own communities. I personally believe that having the chance at real mind, heart, and life change is one of the greatest gifts a person can ever receive.

The Honduras project features charities and orphanages on the ground in San Pedro Sula, Honduras, who are helping to bring desperately needed aid to very poor lower class families and children.

“We have a great story, and there are amazing things happening here in Honduras,” said Wyly Gammon, Rgnl. Dir. for the Americas, Go To Nations. “We’re seeing kids’ lives change in many ways. Getting our stories out is going to be tremendous for all of us because we believe people need to see them.” 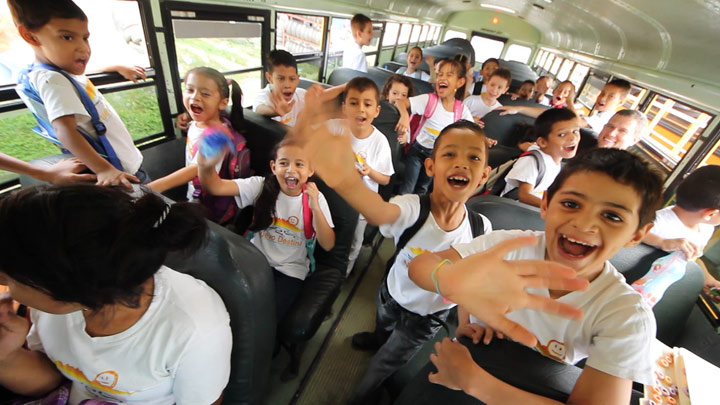 “This is an incredible opportunity with Building a Difference,” explained Tim Lovelace, CEO of GloDev, “because it’s also about encouraging the viewers as well. If they can get involved, together we can make a difference.”

AMO, which stands for Asian Missons Outreach, has the vision to be an Institution which centers on Transformation; to EMPOWER Individuals and Indigenous People Groups, and to affect the Moral and Socio-economic progress of the community. Their mission is to facilitate a non-political paradigm for individual and community empowerment through English Literacy, Leadership Development , Skills development, and Grassroots Economic Development.

Restoration 61 is involved in weekly outreaches in the red light district in Chiang Rai. The red light district is in the midst of the tourist district and consists of bars, massage parlors and a large hotel. They share hope and love as they build relationships with these ones who are in many ways marginalized in society. Their goal in the future is to rent a building within or close to the district in order to provide a more consistent presence for prayer, relationship building and offering of practical skills.

The Asia Leadership Development Project trains and equips the future generation of ministry leaders across Asia.  This is accomplished through establishing new Bible schools, translating and printing curriculum, and allowing for travel to and from the Bible schools across Asia for the purpose of teaching.

GTN has been reaching people in Africa for decades. However, it was during a 2003 missions conference in Russia that GTN felt a strong need to develop what is known today as Global Pathway, an empowering tool that equips local churches in missions-related initiates having a global impact.

Global Pathway was soon after discovered by a series of churches in Tanzania, Africa, and January 2014 brought its first conference to Arusha, an hour outside of Kilimanjaro, Tanzania. “This is an hour of great opportunity for people of Tanzania,” explains Dr. Jerry Williamson, President of GTN. “God has invested a rich deposit in the hearts of the people a new opportunity, not only for Tanzania, but also to be used as an instrument to bring blessing and positive change all of East Africa. In any culture, to be effective you must have a strong understanding of victory over the mindset of poverty, spiritual identity, and how to impact the upcoming generation. This comes from empowering the individual to carry out their God given destiny, and we are here to help the people of East Africa do just that.”

Kim Whitlock, a Go To Nations missionary lived in India for five years with her family working in schools and orphanages.

Their ministry ranged from the big city to distant, remote villages.