NEW VIDEO | Down Syndrome Advocate in India!01 February 2016Next

Building a Difference at NRB in Nashville!27 February 2016

Building a Difference to Expo at NRB16

Building a Difference has major news and will be releasing it at the National Religious Broadcasters (NRB) Convention in Nashville, TN at the Gaylord Opryland Resort and Convention Center, February 23-26.

NRB “Proclaim 16”, this year’s NRB International Christian Media Convention, is a four-day jam-packed event that connects, equips, and edifies thousands of Christian communicators – from broadcasters to producers, writers to publishers, managers to pastors, artists to consultants.  Attendees will hear outstanding internationally known speakers and artists, have the opportunity to attend numerous networking events, and receive helpful industry insights. The average attendance at the NRB Convention is approximately 4500.

Building a Difference will be one of the exhibitors showcasing its series and officially announcing the next major project.

For years I have enjoyed and benefited from the NRB Convention as an attendee,” comments Mick Richards, Exec. Pro./Director of the series, “but this will be the first time we have exhibited as a worldwide media ministry. We are designing an incredible 10×20 mulit-media display along with video kiosk stations that will take people around the world with samples of our productions. For the past few years, we have been traveling with Go To Nations and GloDev (Global Development) studying their missionaries and projects in Honduras, East and West Africa, India, Thailand, and the Philippines. We want to bring some of those stories of the trials, difficulties, and victories that missionaries experience around the world to the NRB and give people a chance to see upclose themselves in an interactive experience. We will also have an exclusive video preview of our newest, upcoming projects that we are really excited to be able to premiere for the first time at the convention.”

Mick Richards will be bringing with him “Uncle Dave” Vartanian who is featured in Volumes 1-3, Dianne Rigby, the series Partner Development Coordinator, and Jeremy Henderson,  VP of Communications and Mobilization for Go To Nations.

“We are really excited to have with us the Page-Bailie family from our Volume 1 episodes,” mentions Dianne Rigby. “Melisa Page-Bailie will be bringing 4 of her youngest children to help us run the booth and to meet our media broadcast family! For years their story has touched the hearts of people around the world, and now they will get to be meet with some of those people at the convention.”

The NRB funding for the booth displays and event was raised through the partnership with Go To Nations. Building a Difference recently completed a very aggressive media campaign (Reach Campaign) in which 100 pieces of online media content was created in order to raise awareness and partnerships for the missions-sending organization. The Board Advancement Committee headed by Brenda Wright, alongside the leadership of Exec. VP of Mobilization Sandra Barfield, raised the funding needed to make this NRB event a reality.

“Mick Richards and Building a Difference have been a huge blessing to us in helping getting our stories out,” explains Brenda Wright, “and we really saw this as a great opportunity that came at just the right moment to help present their vision at this level. The stories in their series and the partnership with Go To Nations in upcoming volumes is going to change lives and save souls, and we believe everyone needs to hear this!”

If you would like to set up a meeting with Mick Richards or Dianne Rigby at the NRB Convention to learn more about the vision of Building a Difference, contact us at: info@buildingadifference.com or call 904-721-8822. 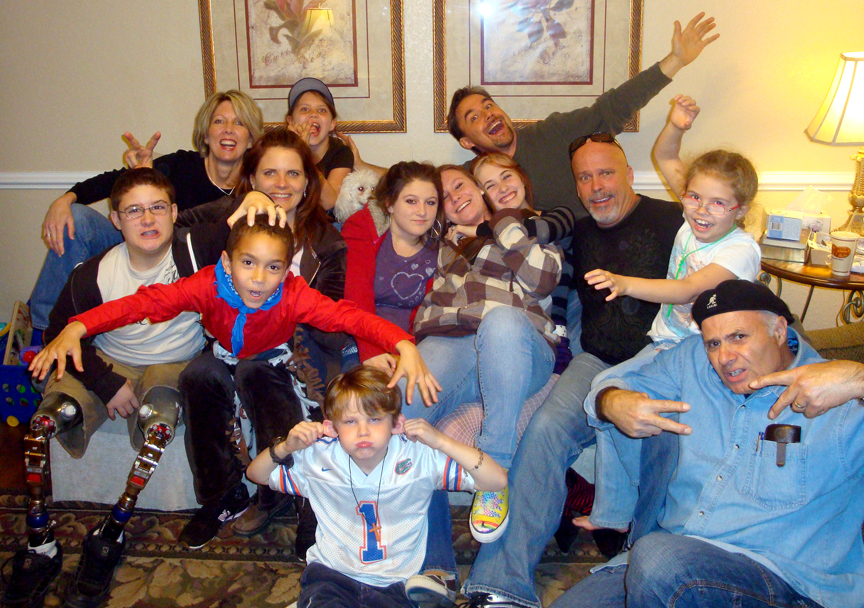