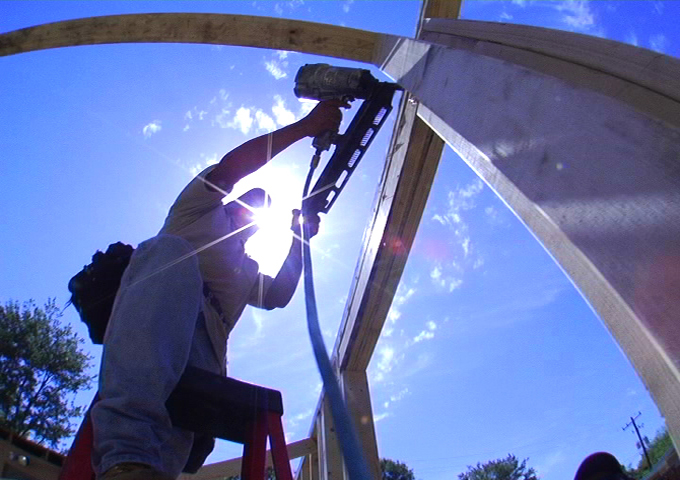 For more than seven years, Builders Care has been helping Northeast Florida families and low income, disabled and elderly people who are facing hardships rebuild their homes. The nonprofit arm of the Northeast Florida Builders Association has worked with Jacksonville-based DeepLight Entertainment to produce marketing materials and original programming chronicling the efforts of the organization and the message has reached Northeast Florida homes.

Soon, they’ll be sharing it with millions more.

DeepLight Entertainment is launching a new home makeover show, “Building a Difference,” featuring the work of Builders Care in it’s first volume, which will be available to 92 million U.S. households and a worldwide audience via the Trinity Broadcasting Network (TBN). The faith-based network, according to its Web site, is broadcast on every continent through more than 12,000 cable affiliates.

“It’s a wonderful opportunity to take the work of Builders Care and show the world what they do,” said Mick Richards, Executive Producer/Director, DeepLight Entertainment. “The series began as a tool to bring awareness (of Builders Care’s mission) to the city of Jacksonville.”

After filming a two-hour documentary about rebuilding the home of a father afflicted with amyotrophic lateral sclerosis, Richards heard of a TBN contest searching for a new program. Richards submitted the documentary, which he said moved the contest judges. “We were invited to share the story,” he said, “and they loved it. They said it was exactly what they were looking for.” DeepLight Entertainment signed a three-year contract with TBN to show original programming, the first being 16 half-hour episodes chronicling the work of Builders Care.
Bill Wilson, executive director of the nonprofit organization, is proud of the work and excited about the possibilities ahead. “It (the filming of Builders Care projects) started as a flagship of marketing what we do,” said Wilson. “Now we get to tell the world about what we do here.” Wilson said he wanted to begin doing a home makeover show after the organization took part in a “Extreme Makeover: Home Edition,” a popular national television show project, in 2004. “I thought, ‘Hey we can do this too,’” said Wilson. Now several years later, Wilson said he hopes the anticipated exposure makes more people reach out to Builders Care and other organizations to offer time, money and skills in their mission.

Richards has a mixture of positive emotions about the deal and its potential. “It’s very humbling, yet exciting,” he said. “A show like this with a large audience gives the opportunity for Builders Care and other organizations to showcase the good work they’re doing in their own communities.”