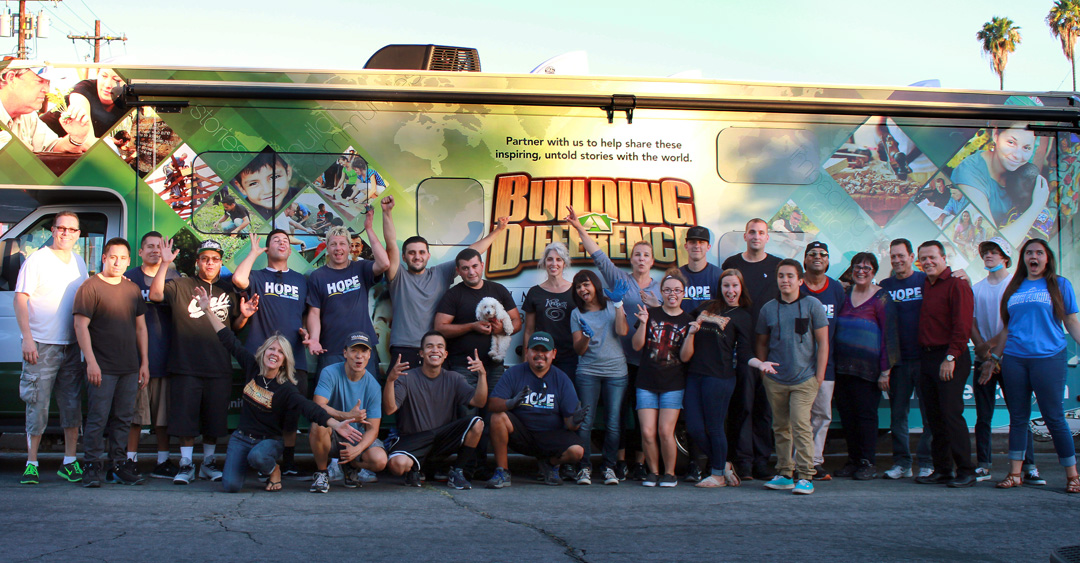 What an exciting tour this has become! We arrived in Los Angeles, California

July 7th intending to stay just a few days. Our immediate assignment was to meet some of the volunteers of several ministries, including Hope of the Valley. Hope of the Valley’s vision is to tangibly demonstrate God’s love to the hungry, homeless and hurting of the greater Los Angeles area by offering hope, hot meals, housing, health services and healing to those in need. Our goal for that evening was to have a new dormitory completely furnished, decorated and cleaned to receive residents that weekend for the very first time.

Later that evening, we were off to experience the “glory of Los Angeles.” The team was so excited, but little did they know who was put in charge of the tour. Melisa and the kids were blessed to tour Los Angeles for the very first time with ex-gang members, recovered drug addicts, and ex-globally feared drug lords whose lives have all been dramatically turned around.

Our main tour guide was Harout Yervandyan, a leader in a ministry called A2J (Addicted to Jesus) which exists to serve those struggling with alcohol and drug addiction. He was also a graduate and supporter of New Life USA.  Harout grew up in the Valley, and is very passionate about this city. Heritage wise, he is of Armenian descent, and aware of the importance this fact represented to the people living throughout the suburbs of Los Angeles. He is deeply rooted and keenly aware of the many faces, history and cultures of Los Angeles. It was obvious we were connected with a young man of obedience, passion and faith.

The high of the HOV City Center quickly faded as we drove through an area called Skid Row.  We knew that as the reality of the depths of homelessness, drug use, and prostitution set in, we would leave this shocking experience changed forever.

Friday night, July 8th we all attended an A2J meeting led by Mike and Tiffany La Chance and Harout which included a time of worship and fellowship that lasted well into the late evening as they were preparing to serve alongside another ministry called Rose of Sharon of the Valleys. They had invited us to minister alongside them that very night beginning around 1am until 5am reaching out to human sex trafficked girls and women on the streets. We offered them a rose and let them know that God loves them, we love them, and we were willing to pray with them, listen to them, and to convey to them their immense value.

Our team, from July 9th – 30th served alongside several ministries with a variety of outreach services. We were blessed to have the A2J team and members of Church on the Way walk with us into these service projects so we could capture on video the depth of the loss of hope in our nation, its desperate need and urgency for the church to rise up in powerful ways. We ministered in homeless shelters and feeding programs throughout the valley. Through these experiences, the lives of the team were changed as well as the entire course of the Movements of Compassion Tour.