Wishes Fulfilled and a Will to Live14 January 2011Next 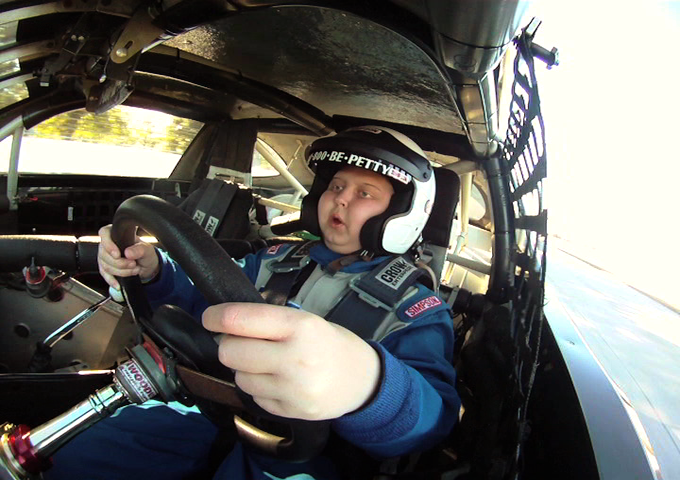 The Florida Times-Union recently wrote a great article about Kollin Goodall and the Goodall Family documentary on Building a Difference. Click HERE or read it below.

Family perseveres, celebrates the time it has together.

The Goodalls of St. Johns County have had their share of tragedy, but they don’t give up.

Shortly after, Kollin relapsed and needed a bone marrow transplant. His sister, Kaley, was a perfect match. On Day 99 of his 100-day recovery schedule, he was told that the leukemia was back and he is now terminal. Tuesday was eight weeks since Kollin was given a week to two weeks to live, possibly as much as four.

The Times-Union has followed their story with several articles that can be viewed online. Go to Jacksonville.com and do a search for “Goodall family.”

“The Goodall Family” documentary is part of the “Building a Difference” TV series. It follows the family from when the adult Goodalls met, their marriage and their six children. And it chronicles the last days of Kollin with his family and friends. There is more than 200 hours of raw footage, and the show will be broadcast this summer on TBN and other Christian/family networks.

“Kollin is an extraordinary young man,” said Mick Richards, producer/director for “Building a Difference.” “His positive outlook on his life, regardless of his disease, has inspired everyone around him.”

One of Kollin’s dreams was to ride in a hot-air balloon before he died. Richards contacted Thompson Aire  in Orlando, and the company donated six rides for Kollin and his family.

“It has been an absolute pleasure to help this family through such a tragic time,” said Kevin Peppers, of vendor relations and marketing for 1800SkyRide. “Kollin’s story has been such an inspiration to me and to all of the employees here. We feel blessed to have been a part of his life.”

Kollin’s mother said the hot-air balloon rides were amazing and that everybody should experience a balloon ride. They left at dawn and it was the most calm, peaceful experience that she has ever enjoyed.

“Besides the hot-air balloon, we’ve been skydiving, hang gliding, been on a jet and helicopter, drove a NASCAR [stock car] around a track, 14 times at top speeds up to 114 miles [per hour],” said his mother. “He has a long bucket list. I have done all of them with him, and I just loved every minute of it.”

As far as the time he’s been given, his mother said God obviously has a plan for him. The disease is still progressing and his numbers are a little worse each time, but the last couple of days have been good. He has minimal pain at this time,  but has had joint pain in his knees and ankles, which comes and goes. They just live one day at a time.

“The way that I look at the last eight weeks is that God is using Kollin to share with others about him,” said his mother. “Kollin spoke at church and when it was over he said ‘I could do that again.’ ”

Kollin’s mother said he has done more than she would ever have imagined.

“I loved the hot-air balloon and racing, overall,” said Kollin in a soft, shaky voice. “I want to thank everybody who has done something for me.” 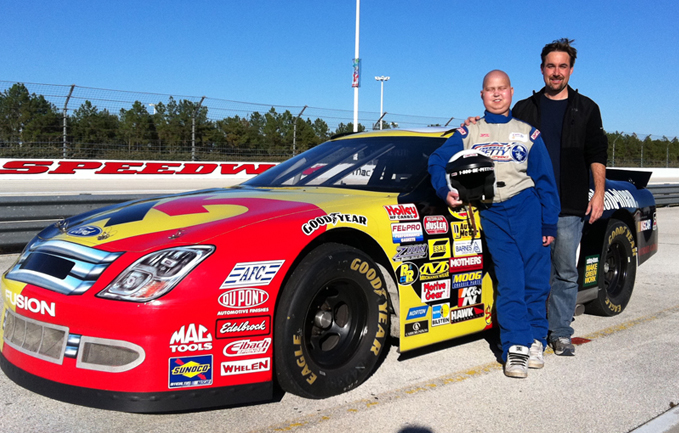 Mick Richards, Building a Difference, stands with his friend Kollin Goodall after a day of racing!