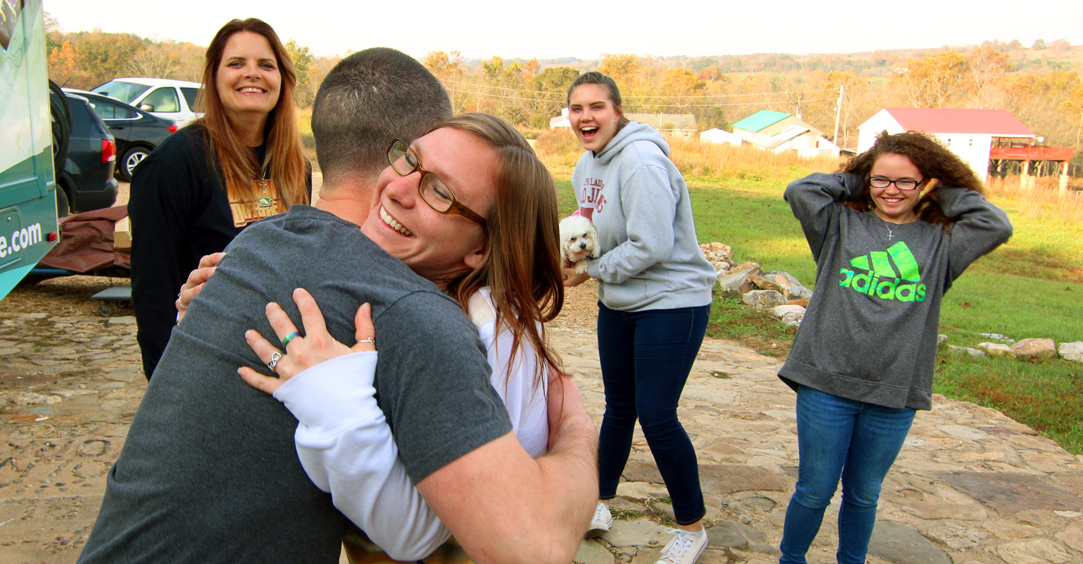 Our first stop in Alaska ont eh Movements of Compassion Tour was in Wasilla, at Teen/Adult Challenge. Teen Challenge is a Christian-based rehab center for people struggling with addictions. Although the Wasilla Center caters only to men, we were also there to connect with other ministries and to help wherever needed. The days started by joining them in various devotions and then heading off to work. One of our jobs was to paint several buildings at the center that hadn’t seen a fresh coat for a while. We also cooked great meals for the guys, and in the evenings after services in the Chapel, we were able to minister to them by sharing our testimonies and listening to theirs.

A major highlight at Teen Challenge came when Trisha and Timothy decided that is was time to take their commitment in their faith to the next level by being baptized in Wasilla Lake by the director of the Alaska campus.  Every baptism is, by its very nature, a wonderful thing.  What made this one special for the team is the story behind it. Tim and Trisha had been resistant to this tour from the beginning. Yet God touched them both so deeply that by the time we got to Alaska they were ready to dive in 100% and devote their lives to Christ and whatever His mission is for them. It was exciting for everyone to witness their baptism alongside other several Teen Challenge clients. 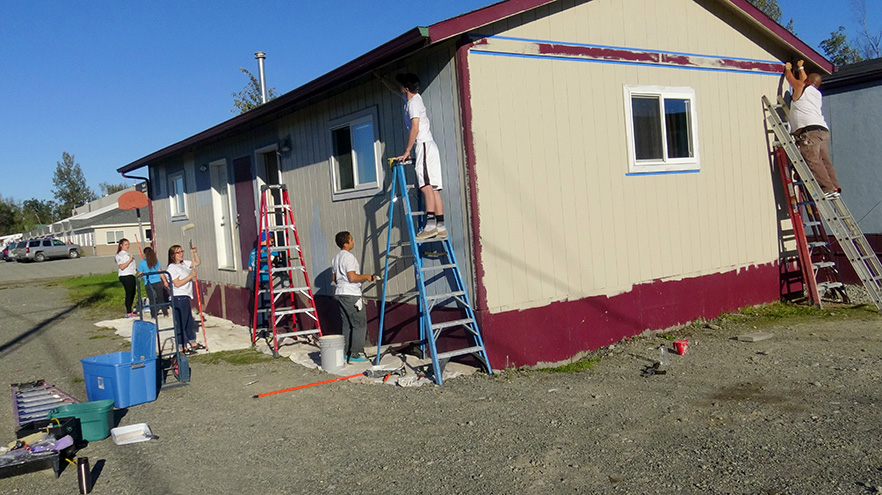 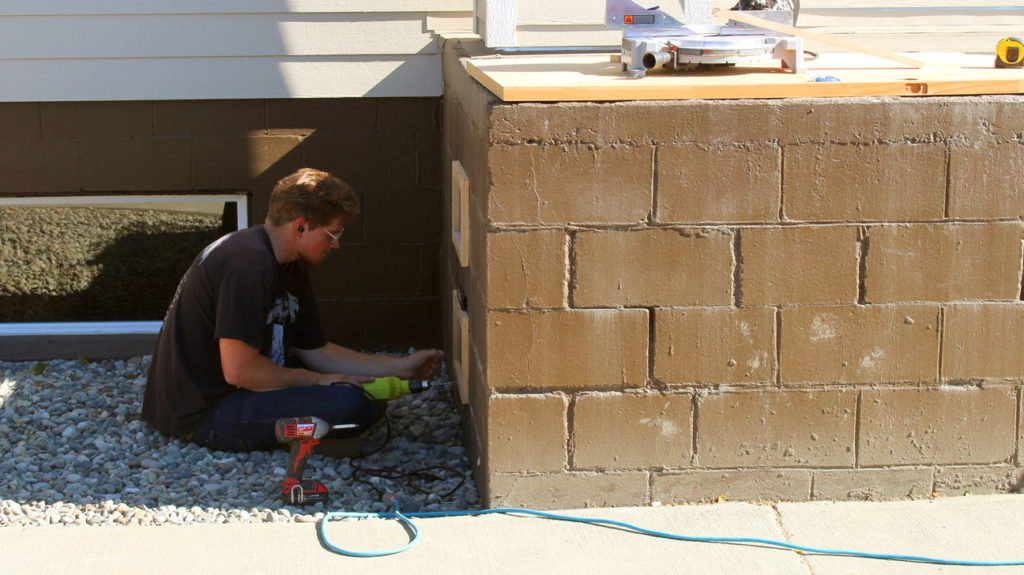 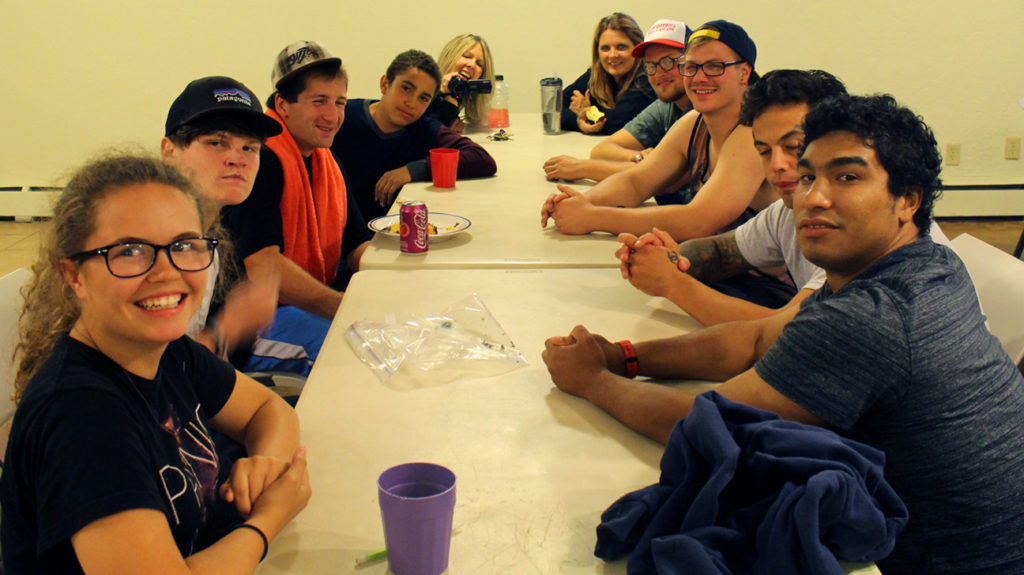 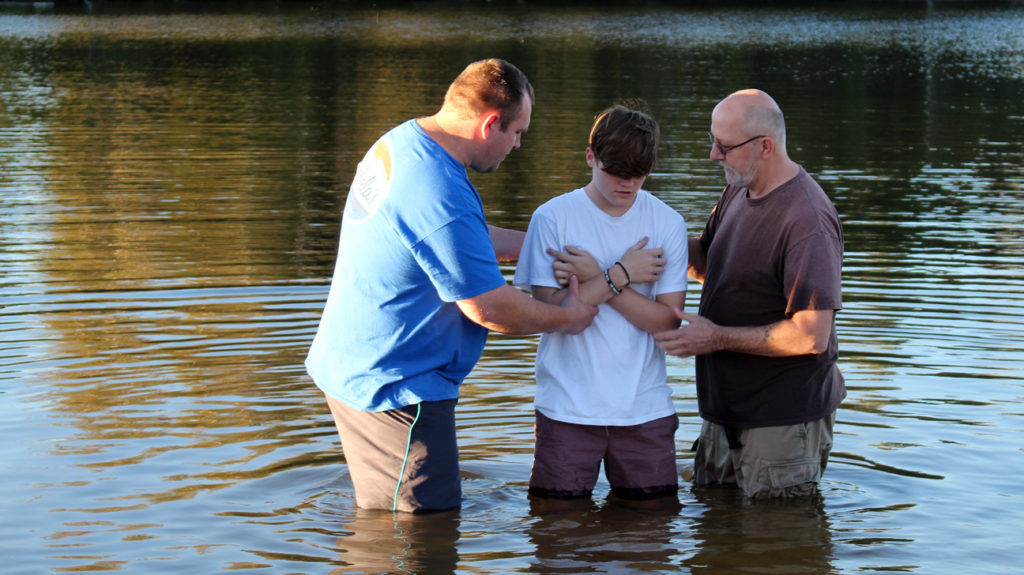 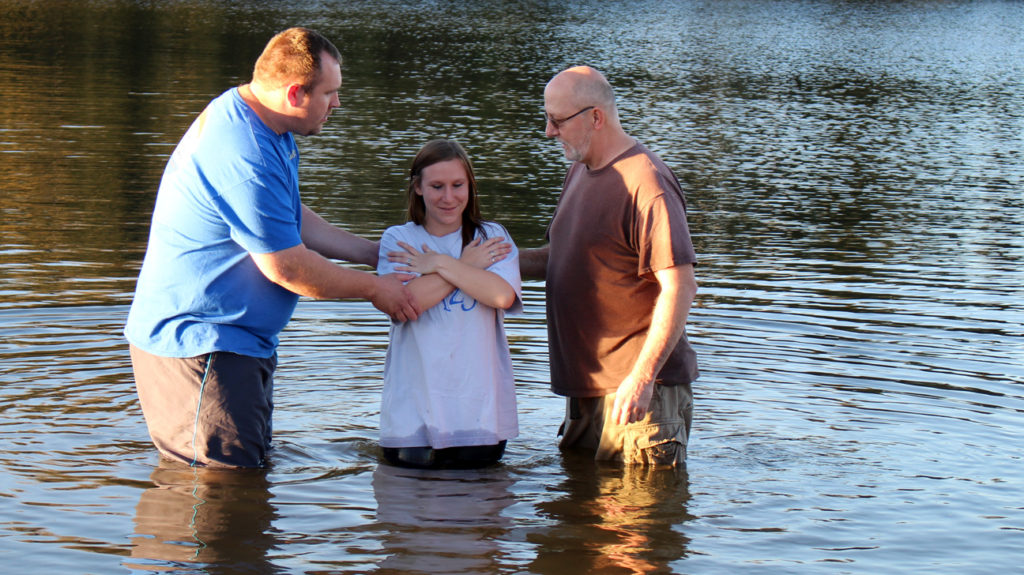 This trip also impacted my daughter Jordan in a major way.

“Usually, when you are visiting somewhere,” explains Jordan Bailie, “you don’t see people stumbling out of bars at 3 in the afternoon, and you don’t find heroin needles along paths hikers use. But in Alaska, all too often you do. Despite the beauty of this state, parts of it, are tortured. It seems many problems hidden in other states are right out in the open in Alaska.

“When we were in Wasilla, for example, we met people who said they grew up in the midst of the ugliness of drugs and alcohol. We met people who regularly stumble out of bars in the afternoon. We had dinner with people who would leave their used heroine needles in the woods. We not only worked side-by-side with these people, but some of us were even baptized with them. Late at night they would talk to us about how the fact that were there as their equals showed them that they don’t have to be who they have become, and that a door to change could opening for them and for one guy known by all his friends as the one who would hook them up with their next hit.

“We learned we had an impact on them and there’s no question they had a tremendous impact on us.

While in Wasilla working with Teen Challenge, we took a day off and visited Frontline Ministries which helps the homeless and underprivileged. If a person doesn’t earn enough money to cover the bills and buy groceries, Frontline offers delicious, hot meals and provide groceries to help get them through the week. The ministry also holds annual events at which winter clothes and supplies are available to anyone who needs them.

When we volunteered at Frontline, Laci made plates of food and Trisha served them up to everyone there that day. The girls had a great time serving tasty food including ribs, steak, mashed potatoes and fresh vegetables to those who are less fortunate.

Jordan, meantime, worked the desk signing them in, to give Frontline’s guests a little private time to shop for their families. Tim and Gabe worked in the store handing out food and stocking shelves. They all had a wonderful time and enjoyed learning about each person’s life in Alaska.

Nadia’s story is a fascinating one. The Lord got her attention in Switzerland, where she lived, and called her to a prison ministry in Alaska. She shared how the prison is filled with women inmates who were caught up in drug abuse. On one hand, Nadia told us there are many who want to hear about the Lord but adds, there are just as many who aren’t interested.  She took some of us to the prison where we witnessed her ministry first hand. One thing we noticed was how well the women are treated. We also saw God moving in another area of Nadia’s ministry as a result: a revival that’s taking place there. Nadia feels it is a miracle she is in Alaska and is so thankful to be there.