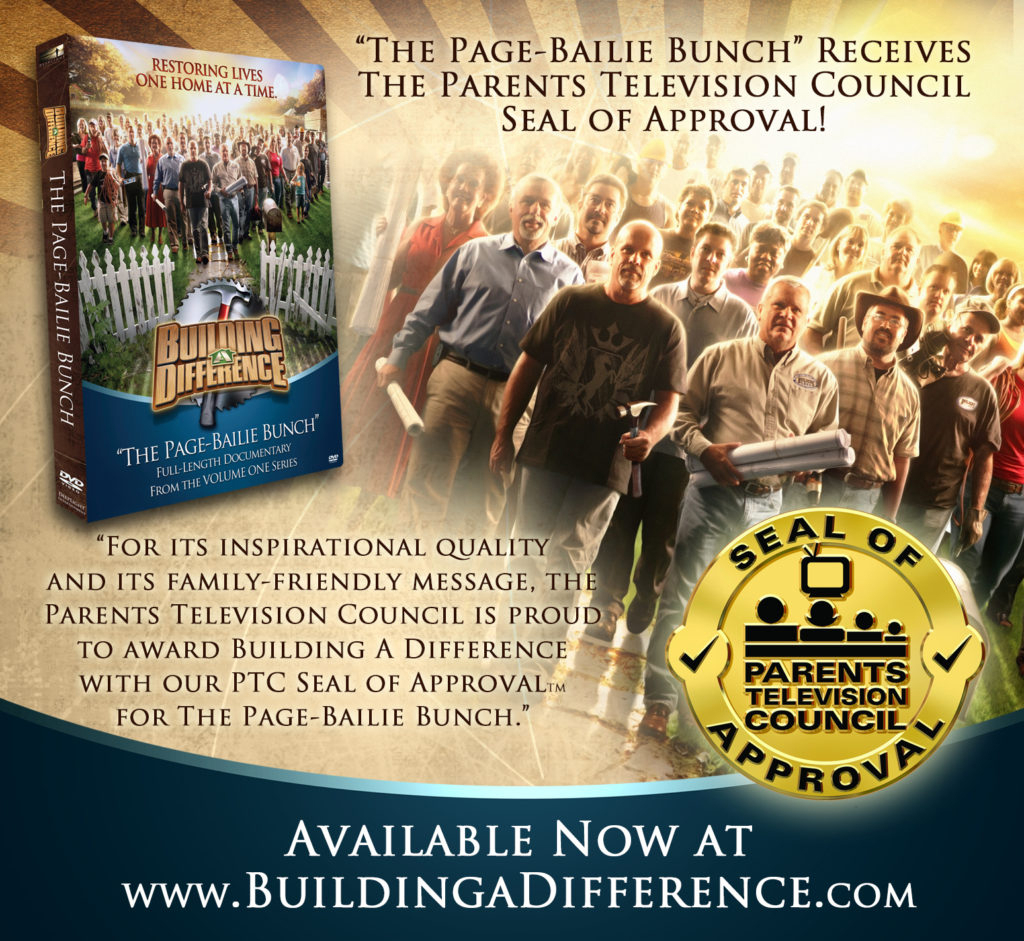 The Parents Television Council awarded Building a Difference its prestigious Entertainment Seal of Approval for the “Page-Bailie Bunch” documentary, a moving story about how a foster family in desperate need was helped by the construction ministry of Northeast Florida Builders Care.

The full-length documentary was submitted to the Parents Television Council, whose goal is to “promote and restore responsibility and decency to the entertainment industry in answer to America’s demand for positive, family-oriented television programming,” according to their mission statement.

According to the PTC, their Entertainment Seal of Approval “is given to worthy television programs, made-for-TV movies, motion pictures, and advertisers that help parents by providing or sponsoring entertainment suitable for the entire family.” The Seal “salutes the best in Hollywood entertainment. Awarded to outstanding films, television programs and DVDs, each prospective Seal candidate is carefully screened…In the
end, a production that receives 100 points and after careful deliberation with PTC executives are awarded the Entertainment Seal of Approval.

After reviewing the “Page-Bailie Bunch” documentary, the PTC Board of Review awarded Building a Difference its Entertainment Seal of Approval. “Building A Difference is an inspirational program about helping others in need,” says PTC. “There is no objectionable content, and the show abounds with heart-warming moments. For its inspirational quality and its family-friendly message, the Parents Television Council is proud to award Building A Difference: The Page-Bailie Bunch with the PTC Seal of ApprovalTM.”

“We are all very blessed to share with the world the wonderful, life-changing work that has taken place in the lives of Melisa and her children, and the selfless efforts of Northeast Florida Builders Care and its volunteers,” said Mick Richards, Producer and Director of Building a Difference. “We truly hope that this DVD inspires, challenges and moves others to do similar good works in their own lives. We cannot be more proud that the Parents Television Council has awarded us with their Seal!”

For more information about the Parents Television Council, visit www.parentstv.org. 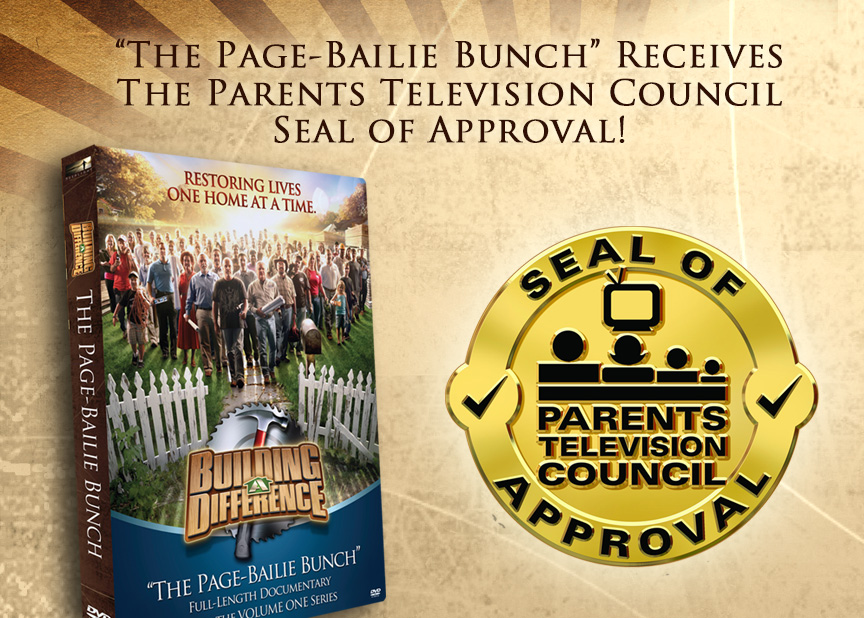