Trisha Journals about New Life Rehab in MO26 October 2016Next 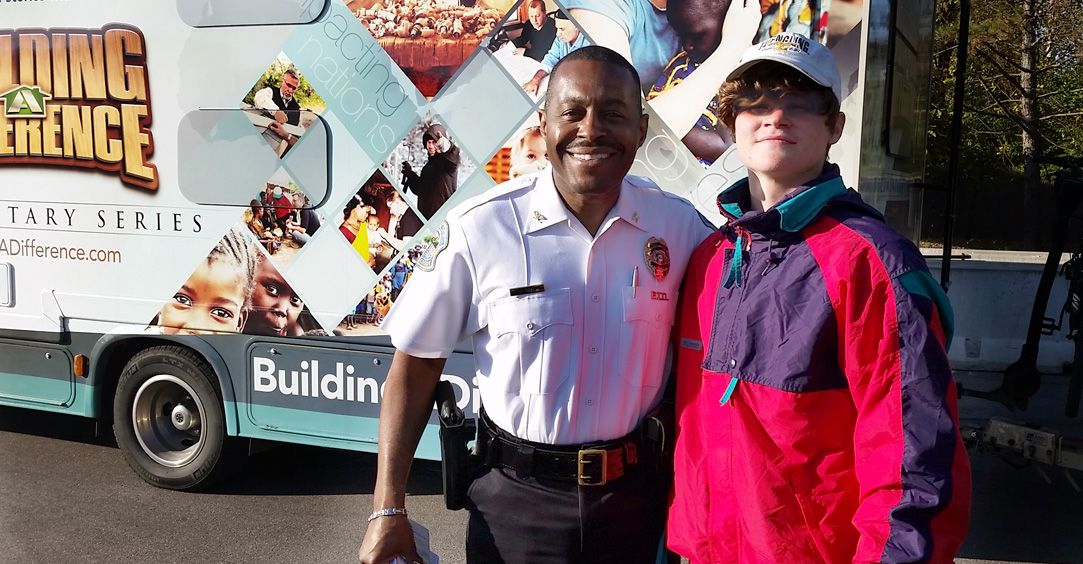 A very unfortunate event occurred in August of 2014 in Ferguson, Missouri, leaving the country, and even other parts of the world, to cling to the explanation of the media. A young teen assaulted a police officer which led the teen’s death. As I learned from the Chief of Police in Ferguson, with the country in an already tense and vulnerable state, the media used this event to its advantage.

My team found ourselves in Ferguson, Missouri earlier this year while on the Movements of Compassion Tour. As media missionaries, our mission was to see the state of the city and talk to city officials concerning its health and current state. Ferguson’s Chief of Police, Chief Moss, took full interest in making sure his city was represented honestly and positively. He explained how the media can misconstrue events. Unfortunately, this happened in several cases throughout the police departments work it took to figure out what actually happened in this event.

However, I have learned that Chief Moss truly has helped bring beautiful, fruitful change to his city in the aftermath of it all, and my team stands in full agreement that he deserves upmost respect for his work.

While we were in Ferguson, we also visited the Holocaust Museum. These people running the center have an untainted, sincere care for their work. They assure that every guest walks away with a full understanding of what happens when hate rules a person in power. These people also very clearly taught and helped us understand the vulnerability and state of the Jewish people. This was very special to my team and I as we love and honor the Jewish people and their culture.

Our presence stood out to Chief Moss and the Holocaust Museum staff because we all shared the same mission: share love and stop hate. They were thoroughly impressed, especially due to our ages.